Raffan Kelaher & Thomas is pleased to offer a selection of works from the Estate of the Late Don Ross. Don was a talented artist, jeweller, mosaicist, and musician. His most notable work, the World War II memorial in Anzac Square in Brisbane was completed in 1962. It is composed of 140,000 Venetian glass tesserae. Don had never worked on such a large scale project. It was typical of his spirit in trying new things and mastering each new skill. His early training as a dentist may have helped him in his practice as a master jeweller, and an eye for detail in drawing. Don attended classes with Jon Molvig and Roy Churcher and stayed firm friends. Don exhibited with Churcher and Mervyn Moriarty in 1966 at the Design Art centre in Brisbane. He entered many exhibitions throughout the 1950s and 1960s, winning the Dally Art Group’s prize for contemporary painting in 1964 and was a regular exhibitor in the Contemporary Art Society 1962-65. He gradually developed his interest in jewellery making and was largely self-taught. He was the Queensland representative of Craft Australia for many years, and was a founding member of the Queensland Jewellery Workshop and regular exhibitor. The Brisbane artist Dr Irene Amos commissioned Ross for one off pieces as well as the actor Frank Thring. Don was a prominent and talented member of the Queensland Modern Art scene in its infancy and one can see his development as an artist and his contemporaries in this selection of works dating from the 1960s and 70s, including Irene Amos, Nevil Matthews, Irene Kindness, Lillian and Arthur Gunthorpe and Ted Hocking. These artists exhibited extensively in the formative years of the Queensland modern art scene, including with Roya and Betty Churcher, Jon Molvig and Milton Moon. A small work by Charles Lancaster is included as a representative example of earlier works by leading Queensland artists of the time included in Don’s collection. Please enjoy viewing these works. Contact us for condition reports. Online bidding in this auction attracts a 3% online bidding fee in addition to our 20.9% Buyers' Premium. Alternatively, leave an Absentee Bid at www.rkta.com.au/buying/absentee-bid/. This does not attract an online bidding fee.

View slideshow of all lots 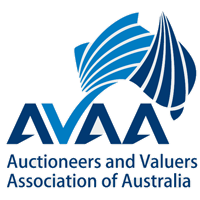